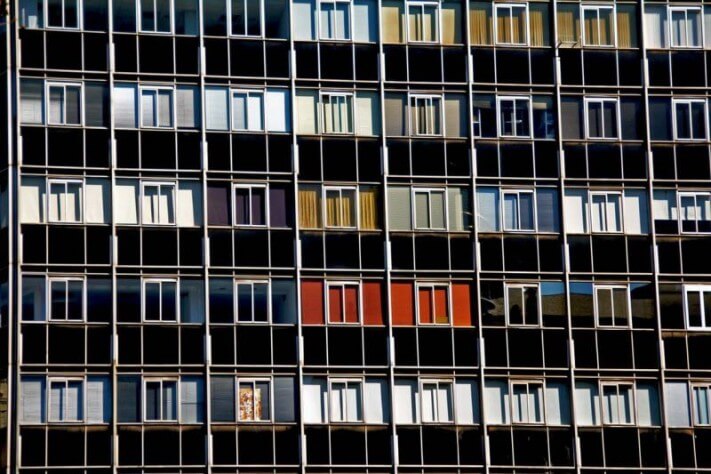 Pessimism regarding Australia’s property market has intensified in recent times; a sentiment more or less foreign to Australian homeowners who, over a period spanning several decades, have grown accustomed to year-on-year appreciation on the value of their home.

In this edition of From the CEO’s Desk, I will detail various factors widely thought to be contributing to the downturn in Australia’s real estate market. Included will be references to recent material published by the Reserve Bank of Australia (RBA).

A primary reason widely thought to be attributing to Australia’s recent housing market pullback is the tightening of lending standards. Many consider the banking royal commission the impetus for banks and other financial lenders becoming more responsible vis-à-vis lending practices. What often goes unacknowledged, however, is the fact Australian regulators – predominantly the Australian Prudential Regulation Authority (APRA) – have been implementing various policy measures designed to mitigate the riskiness of housing lending since late 2014.

As noted in a recent speech by Michele Bullock (Assistant Governor, RBA), the tightening of lending standards “didn’t really start to bite until the middle of 2015 when banks introduced higher interest rates for loans to investors.” It was only at this point – as indicated by the below graph – that “growth in lending to investors slowed sharply,” Bullock went on to highlight.

APRA has since removed both benchmarks highlighted in the above graphic for banks that have provided assurances on their lending policies and practices. Certainly, it appears the policy implementations had their desired effect of ensuring for more responsible lending practices in Australia.

What has happened to housing credit growth in the wake of the banking royal commission, however, has left many wondering if financial lenders – acutely aware of their tarnished public image – have become overly risk averse.

Of course, housing credit growth has not continued to decelerate solely because financial lenders have made it tougher to obtain borrowed capital. In fact, various indicators point to this being far more of a demand-side issue rather than supply-side; an interpretation echoed by the head of the RBA in a recent speech:

“Overall, the evidence is that a tightening in credit supply has contributed to the slowdown in credit growth. The main story, though, is one of reduced demand for credit, rather than reduced supply.” – Philip Lowe (Governor, RBA)

The average Australian household has found sustaining their financial lifestyle an ever-increasing challenge in the years gone by. Like many developed economies, Australia has seen real wage growth grind to near-all-time lows. During this period, Australians have been forced to adapt to a rapidly increasing cost of living; sending the nation’s household savings ratio plunge to levels not seen since the global financial crisis (GFC).

With Australian consumers underwriting roughly 60 per cent of gross domestic product (GDP), it is understandable why the RBA considers demand-side factors to be of far more relevance when discussing the weakening Australian housing market. Indeed, there is only so much pressure household budgets – and by extension, the national economy – can take.

Whilst on demand for real estate, it is worth underscoring the relevance of human psychology. There exists a very real possibility that investors, ever-prone to recency bias – the phenomenon whereby a person over-emphasises recent events and observations – will start delaying a would-be purchase of property; triggering a negative feedback loop as far as house prices are concerned.

“Investors were a key driver of price growth through their upturns and the fall in investor demand is now underpinning the decline in prices.” – Angie Zigomanis (Senior Manager, BIS Oxford Economics)

Crucial to understand is the fact a weakening demand for Australian housing is coming from non-residents as well asAustralian residents. It was well-publicized in the middle years of this decade that Chinese investors were aggressively diversifying their portfolios; purchasing property in relatively safe, developed cities such as Vancouver and Auckland, and – as we all know – Melbourne and Sydney.

As Lowe recently explained, however, these cities have seen “this source of demand [wane in recent times], partly as a result of the increased difficulty of moving money out of China as the authorities manage capital flows.” Though, as Lowe sensibly mentions, international property developers added significantly to supply in this time (which has since weakened); “making a full assessment of [non-residents’] impact on prices…complicated.”

One thing appears all but certain, however: should the Australian property market (and hence, the overall economy) spiral downwards in the years ahead, there will be no serendipitous external factor coming to the rescue à la China’s insatiable demand for iron ore in the years following the GFC.

To be sure, these are but a few important factors believed to be contributing to Australia’s ongoing property market downturn. Given the complexity of such a market, there remain a host of other points that, although not discussed in this post, are nonetheless worth being aware of. Some of these include the cash rate (as set by the RBA), interest rate (as set individually by each bank), housing supply, and population growth rate.